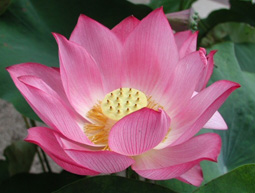 Ananda Marga of Madison is a spiritual and social service organization whose goal is liberation for self and service to humanity. The word “ananda” means “bliss” referring to the inner experience of spiritual realization. “Marga” means “path”.

This tantra yoga path was started in India in 1955 by Prabhat Rainjan Sarkar, also known by the spiritual name of Shrii Shrii Anandamurti. He taught that spiritual attainment is the birthright of all human beings, hence instruction in spiritual practices such as meditation is always free of charge. The only prerequisite is the sincerity of the student.

The spiritual practices we teach are based in the ancient spiritual science of tantra yoga. The word “yoga” means “union” and refers to the union of one’s individual consciousness with the supreme consciousness. The practice of yoga consists of following moral principles, meditation, and postures for better health and mental balance. While important, these postures have been overemphasized in the West, resulting in a misunderstanding of the goal of yoga practice.

The word “tantra” has two meanings: “that which liberates from crudeness” and “that which leads to expansion.” Tantra’s emphasis is on practical and potent tools for spiritual transformation. In fact, any process of spiritual work that brings one toward one’s true, divine nature is tantra.

In this approach three approaches to self-realization are emphasized, the goal of yoga. These are called “karma”, “jnana” and “bhakti” in Sanskrit. Karma yoga is the yoga of action or service to the less fortunate members of society as well as to the natural world. Jnana yoga emphasizes the process of elevating the mind through meditation practices and study. Bhakti yoga is best recognized in the West through the chanting or kiirtan movement. Its focus is on developing love and devotion.

Unique to this yoga path, is the emphasis on transformation of society. P.R. Sarkar, not only taught the spiritual philosophy underlying tantra yoga and communicated its advanced practices, but created a unique socio- economic philosophy called PROUT or Progressive Utilization Theory. He saw the detrimental sides of both capitalism and communism and offered, through PROUT, an alternative approach through which the limited resources of the physical world could be shared with all in an equitable manner.

Ananda Marga of Madison is located at 1305 Whenona Drive in Madison, WI. We offer classes as well as individual instruction in meditation. Group meditation sessions are held weekly on Sunday mornings at 10am. Call (608) 274-0318 for information.

Do NOT follow this link or you will be banned from the site!